A Lecture with Maury Thompson

An event for adults. Seating is limited.

Join us as we observe Dia de los Muertos with an evening of wine, music, and a pop-up display of Mexican art and artifacts from our collection!

The main feature event of this evening is a talk by celebrated local writer and historian Maury Thompson on the historical connections between Warren County and Mexico.

The talk will include information about local artist Wilhelmina Weber Furlong, who lived seven years in Mexico in the early 1900s and worked as a translator for the Mexican president; local construction contractor Joseph “J”J” Fredella, who came to the aid of 22 Mexican laborers stranded in the Adirondacks in 1923; local National Guardsmen deployed to the Mexican border in 1916; and diplomatic and humanitarian actions of Glens Falls native Charles Evans Hughes, among other historical anecdotes.

Also, be sure to see our Dia de los Muertos cemetery and ofrenda installation, in place just for this weekend!

But he is best known around Glens Falls as The Post-Star reporter who walked his beat for 21 years.

He retired from The Post-Star in September to pursue an “encore career“ as a historian of politics, labor organizing and media in New York‘s North Country.

His new book “’The Animated Feather Duster’ (And Other Slow Newsday Tales of the Legendary Facial Hair of Charles Evans Hughes)” is expected to be released in Spring 2018.

Portions of tonight’s talk will be included in another upcoming book, “History in The Hyde Neighborhood: The Storyteller’s Guide to Warren and Center Streets, expected to be released in spring 2019.

Thompson’s first book, “The Biggest Kid at the Balloon Festival: The Walter Grishkot Story,” was released in September 2011.

He has donated a dozen copies of the book to World Awareness Children’s Museum to distribute this evening, on a first-come, first-served basis, for a donation of any amount to the museum.

Thompson graduated in 1992 from Middlebury College with a bachelor’s degree in English. 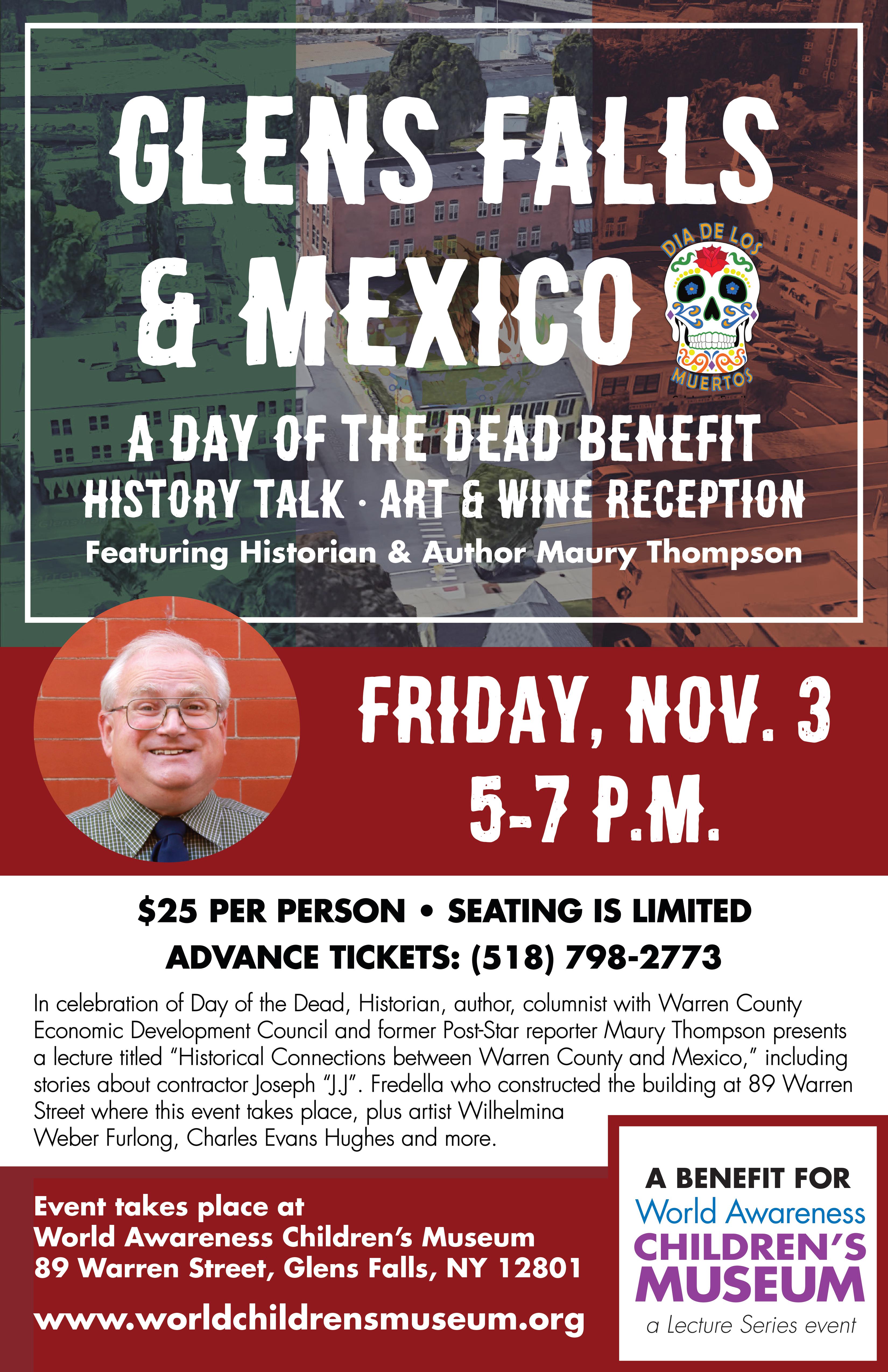